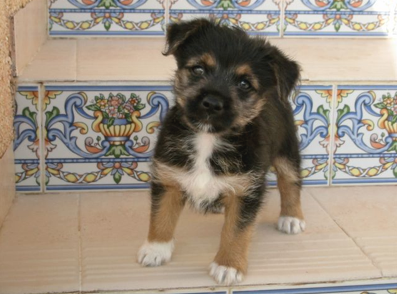 Welcome to my blog.

I am a poet, a dog groomer, a writer/researcher and more recently a Betfair trader. A what? Yes, that’s what I said when I was first introduced to this interesting little game by a friend of mine who is doing ok at it and offered to teach me some Betfair basics! It’s not exactly easy, and it’s definitely pretty stressful at first. But it’s well worth it once I got the hang of a few trading methods and strategies. My friend has been mainly trading football and horse racing, using soccer stats for his selections which has a really nice display and makes it easy to pick obvious games for trading on the betting exchange. I have dabbled with football but I am being drawn more towards horse racing, mainly following the rules given in this fantastic article about the subject. I am making a few pounds here and there, all very small stakes for now, but I am learning quickly that there is a lot of money available here and it beats the hell out of working for a small company as I was doing until a few months ago.

I am also actively campaigning for free speech and civil liberties, not just for ourselves in the UK but for others in other countries who find it harder to say what they feel without fear of being attacked. I am also currently researching Rimadyl (a dog medicine, a harmful one at that). My main love if I had to pick one, is poetry. My one hate above all hates, is George Bush, or is it Tony Bliar? Or is it the bombing of innocent people by so-called civilised countries? Damn, it’s SO hard to choose these days. 😉

War is a crime – and we all know which criminals peddle the majority of it, the same ones who profit from it. Here’s a hint… 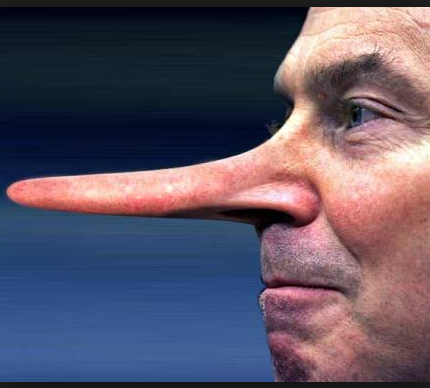 Here’s to all the free-thinking minds out there, we mustn’t be quiet when faced with evil all-around.

P.S. I would like to extend enormous gratitude to Dr. Paul Skvorc. Paul is a great friend and extremely knowledge scientist, who has shown huge commitment to this effort and to various similar pro-humanity and compassionate projects around the world. He is now retired but can be contacted via his blog at paulskvorc.com

When I picked up my mail and saw the letter marked “The White House,” I felt no joy. Rather I was overcome by a kind of nausea as I read the card enclosed:

Laura Bush requests the pleasure of your company
at a reception and White House Symposium
on “Poetry and the American Voice”
on Wednesday, February 12, 2003  at one o’clock

Only the day before I had read a lengthy report on the President’s proposed “Shock and Awe” attack on Iraq, calling for saturation bombing that would be like the firebombing of Dresden or Tokyo, killing countless innocent civilians.

I believe the only legitimate response to such a morally bankrupt and unconscionable idea is to reconstitute a Poets Against the War movement like the one organized to speak out against the war in Vietnam.

I am asking every poet to speak up for the conscience of our country and lend his or her name to our petition against this war, and to make February 12 a day of Poetry Against the War. We will compile an anthology of protest to be presented to the White House on that afternoon.

There is little time to organize and compile. I urge you to pass along this letter to any poets you know. Please join me in making February 12 a day when the White House can truly hear the voices of American poets.


The White House has called off a poetry symposium to have been hosted by first lady Laura Bush after one poet sought to use the event to protest military action against Iraqi leader Saddam Hussein.

The event, scheduled for Feb. 12, was to celebrate the works of Walt Whitman, Langston Hughes and Emily Dickinson. But one poet who declined the White House’s invitation sent an e-mail to other invitees and poets asking them to “make February 12 a day of Poetry Against the War.”
“We will compile an anthology of protest to be presented to the White House on that afternoon,” read the e-mail from Sam Hamill, a poet and editor of the Copper Canyon Press in Port Townsend, Wash.
One of the poets who had accepted the first lady’s invitation to the “White House Symposium on Poetry and the American Voice” forwarded the message to the first lady’s office, which promptly postponed the event.
“It came to the attention of the first lady’s office that some invited guests want to turn what is intended to be a literary event into a political forum,” Mrs. Bush’s office said in a statement.
“While Mrs. Bush understands the right of all Americans to express their political views, this event was designed to celebrate poetry.”
The first lady’s office said the poetry event will be rescheduled, but it did not provide a date or say whether the guest list would be revised.
Mr. Hamill — a Zen Buddhist who ran for the California State Assembly in 1968 on an anti-war, socialist ticket and once worked on the Eugene McCarthy presidential campaign — said he was a bit surprised when he received an invitation to the first lady’s event.
“I think it tells you a lot about White House intelligence, doesn’t it?” said Mr. Hamill, noting that he has been in and out of liberal social activism all his life and “never for things the Republican Party would likely approve of.”
“How they got me is beyond me.”
The poet said the White House advance team should have known about his background and predicted that “somebody’s going to get fired over this.”
Mrs. Bush, a former librarian who has made teaching and early-childhood development her signature issues, has held three White House symposiums to salute America’s authors. The gatherings in the East Wing are usually lively affairs with discussions of literature and its effect on society.
The symposium on Hughes, Dickinson and Whitman — often called America’s greatest Civil War poet — drew little attention until Mr. Hamill sent his e-mail soliciting anti-war poems or statements.
The e-mail to “friends and fellow poets” — sent Sunday afternoon — was titled “An Open Letter from Sam Hamill.”
“When I picked up my mail and saw the letter marked ‘The White House,’ I felt no joy. Rather I was overcome by a kind of nausea as I read the card enclosed: Laura Bush requests the pleasure of your company,” said the e-mail.
“Only the day before I had read a lengthy report on George Bush’s proposed ‘Shock and Awe’ attack on Iraq, calling for saturation bombing that would be like the firebombing of Dresden or Tokyo, killing countless innocent civilians.”
Mr. Hamill said the Iraq crisis can be resolved by letting the United Nations complete its inspections and said President Bush has yet to convince the world that war is the “only possible alternative.”
He said he hoped to reconstitute an anti-war movement like the one organized to oppose the Vietnam War. He asked “every poet to speak up for the conscience of our country and lend his or her name to our petition against this war” and to pass along the e-mail to “any poets you know.”
Mr. Hamill said he had expected to get a few dozen responses. He has gotten more than 2,000 so far, including contributions from famed beat poet Lawrence Ferlinghetti; W.S. Merwin, Pulitzer Prize winner and the former chancellor of the Academy of American Poets; Hayden Carruth, winner of the National Book Award; and Yusef Komunyakaa, who wrote poetry while serving in the Army in Vietnam and won the Pulitzer Prize for poetry in 1994.
Yesterday, he posted some of the submissions on a Web site (poetsagainstthewar.org). All responses will be posted by Feb. 3, he said.
Mr. Hamill said the responses have “honored a long and rich tradition of thoughtful and moral opposition by poets and other artists to senseless and murderous policies, including those of our own government.”
In one submission, poet Marilyn Hacker wrote:
“No hope from youthful pacifists, elderly
anarchists; no solutions from diplomats.
Men maddened with revealed religion
murder their neighbors with righteous fervor,
while, claiming they’re ‘defending democracy,’
our homespun junta exports the war machine.
They, too, have daily prayer-meetings,
photo-op-perfect for tame reporters.”

“I have no god, but have seen the children praying
for it to stop. They pray to different gods.
The news is all old news again, repeated
like a bad habit, cheap tobacco, the social lie.”

Marilyn Nelson, Connecticut’s poet laureate, said she had accepted her invitation to the poetry symposium and criticized the White House for trying to silence the voice of American artists.
“I had decided to go because I felt my presence would promote peace,” she said.
“I had commissioned a fabric artist for a silk scarf with peace signs painted on it. I thought just by going there and shaking Mrs. Bush’s hand and being available for the photo ops, my scarf would make a statement,” she said.
White House invitations have inspired anti-war protests before. In 1965, poet Robert Lowell refused to attend a White House arts festival, citing opposition to the Vietnam War. In 1968, at a White House luncheon hosted by Lady Bird Johnson, guest and singer Eartha Kitt publicly voiced her opposition to the same war.
At a 1972 White House dinner, a member of the Ray Conniff Singers, Carole Feraci, held up a banner reading, “Stop the Killing.”

I hope more and more people see the power in poetry, the power to change our world for the better, to reduce the number of “social lies” we are witnessing, which in my view seem to be massively on the increase in the past 5-10 years especially with the disgrace of George Bush’s presidency and the evil he peddled on the world, in no small part with the help of the UK’s very own murderous scum bag, Tony Blair. Just the sight of his face makes me reach for the sick bowl, and I know I am far from alone on that score. Here’s to a new era of openness, transparency and less evil in the world.